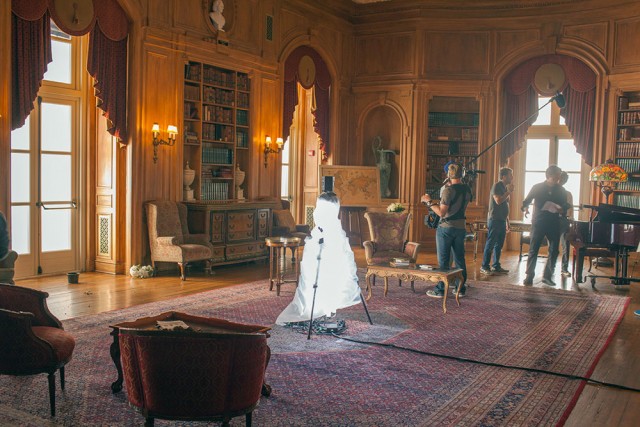 Quite a coup for a Kelowna tech company.

The local company created the content for the video, which was made available as a free app.

"We used our cameras and our technology to capture the whole space for this music video," said Ryan Whitehead with Immersive Media.

"We worked with director Joseph Kahn and Taylor Swift to capture everything the way it needed to be captured and stitched all the imagery together, created the content and worked with an agency out of New York, who created an app to create this."

He said the video is more like a gaming experience than a music video.

"If you want to stay in one room and explore it, you could do that. If you want to continue on, you could click on a doorway and continue through the house and follow Taylor if you wanted to. It was almost like a game really."

The Emmy for Original Interactive Program was announced earlier this week, along with other behind-the-scenes winners, in advance of the Emmy broadcast Sept. 20.

"It was totally unexpected," Whitehead said of his reaction upon getting the news.

"It's something I never thought I'd personally be involved with. It's a pretty big accomplishment and a big feather in our cap. It's quite an honour."

Immersive Media created the 360 degree technology which was used on the project.

"Originally, we made the Google Street View project. That was our technology. We created the spherical cameras that captured that imagery and mapped it. We did the first 30 cities, then they took the project and ran with it," said Whitehead.

To view the 360 presentation, you must download the free app.