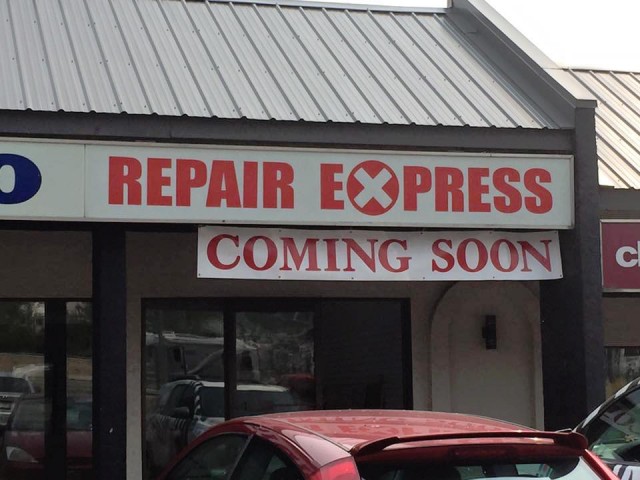 Photo: Contributed
Carmen Weld - Castanet Jan 24, 2016 / 5:00 am | Story: 156761
http://www.castanet.net/edition/news-story-156761--.htm#156761
Four years ago, three tech lovers combined forces to open a new store to help Kelownians with all their tech needs – now they are opening their fourth location, and they show no signs of slowing down.

William Walczak, Hayley Moffatt and Jordan Moffatt are young entrepreneurs who started the company in 2009 with the goal of becoming the first national repair store in Canada based out of Kelowna.

Now called Repair Express (formerly Fix My Touch), Walczak is optimistic about the company's future as it has grown from a home startup to a thriving business with four storefronts in the Okanagan.

“Within a very short period of time we have managed to get really good growth and we started thinking why aren't we templating this, why aren’t we opening more stores, so that is what we did,” says Walczak.

“We opened up the store in Vernon a year ago and it went extremely well, within a month we were profitable and within three months we were really, really profitable. So, we starting looking at the next store.”

By the end of the 2015 summer they opened another location in West Kelowna, and just this month their fourth location is opening its doors in Penticton.

He says part of their success is their partners in each store, like Dallas Teale in Vernon.

“He is fantastic, he has managed to get some fantastic reviews. He is nominated for entrepreneur of the year in Vernon,” says Walczak, who explains that the partners own a portion of each location.

“We want to get more people who want to be operating partners who are passionate about technology and want to have a repair store.”

Walczak attributes their success to their passion for what they do – and their local partners.

“We have a fantastic local marketing team here (Hiilite) and that has been a catalyst to our success. We are in front of the right people, on the right channels, with the right message and then tracking and converting them into clients and friends.”

He jokes that he definitely didn't expect it to be the success it has become.

“No definitely not,” he laughs. “We were hoping it would go well, but not quite as well as it has been going.”

Walczak says they are hoping to double their locations in 2016 alone, with their interest set on locations in other parts of the Okanagan, Kamloops and Prince George.